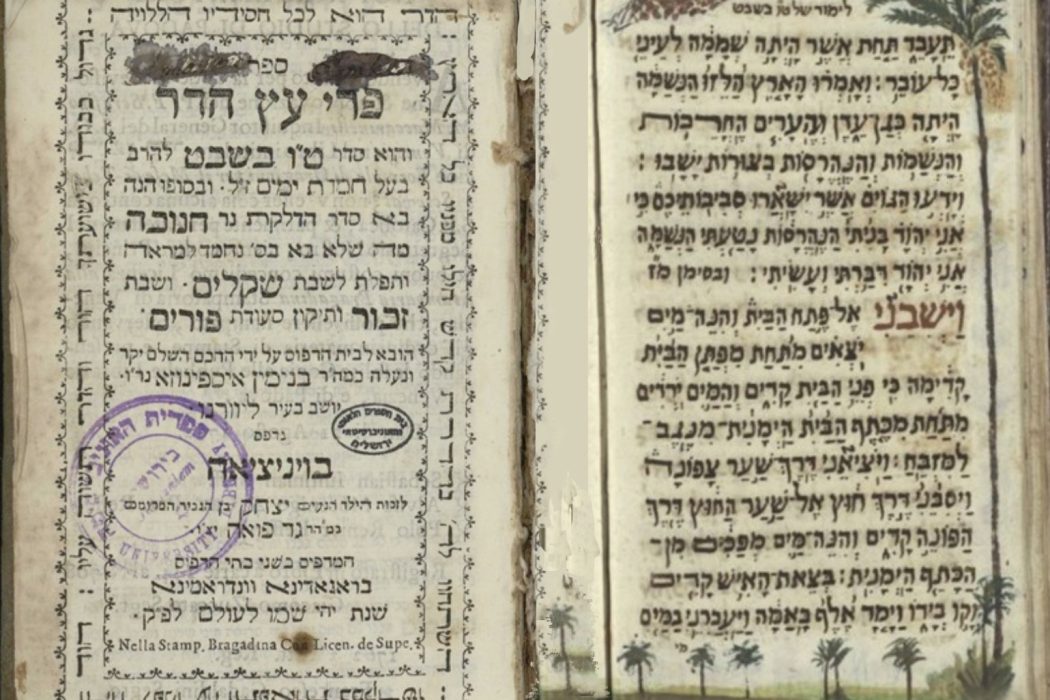 Written by an unknown author, probably of the school of Itzach Luria in Safed, it was included in the Sefer Ḥemdat Yamim by R’ Yisrael Yakov Ben Yom Tov Algazi (1680-1756).

“R. Hayyim Vital explained that there are thirty kinds of fruit trees. Ten [have their divine roots] in the World of Creation, corresponding to the ten sefirot of that world. Since their roots are far removed from tuma’ah and close to the purely divine World of Emanation, they have no shell, either within or without. They may be eaten as they are. They include the following: grapes, figs, apples, citrons, lemons, pears, quince, strawberries, sorbs, and carob.

Consequently, the seed kernels within the fruit are not eaten, since they are not soft like the seeds within the fruit that correspond to the World of Creation. They include: olives, dates, cherries, jujubes, persimmons, plums, apricots, hackberries, lotus fruit, uzerar.

There are ten other kinds of fruit [whose roots are] in the World of Making, corresponding to the ten sefirot[of that world]. Consequently, we eat what is within and discard what is without. For the fruit’s shell is a barrier between it and the World of Delights,38 so that it will not take on the impurity [of the evil forces].39 This is the esoteric meaning of the evil urge and ‘the kelippah‘ cleave to the nefesh.40 The following correspond to sefirot of the World of Making: pomegranates, walnuts, almonds, pistachio, chestnuts, hazelnuts, acorns, coconut, pine nuts, peanuts.” Full text