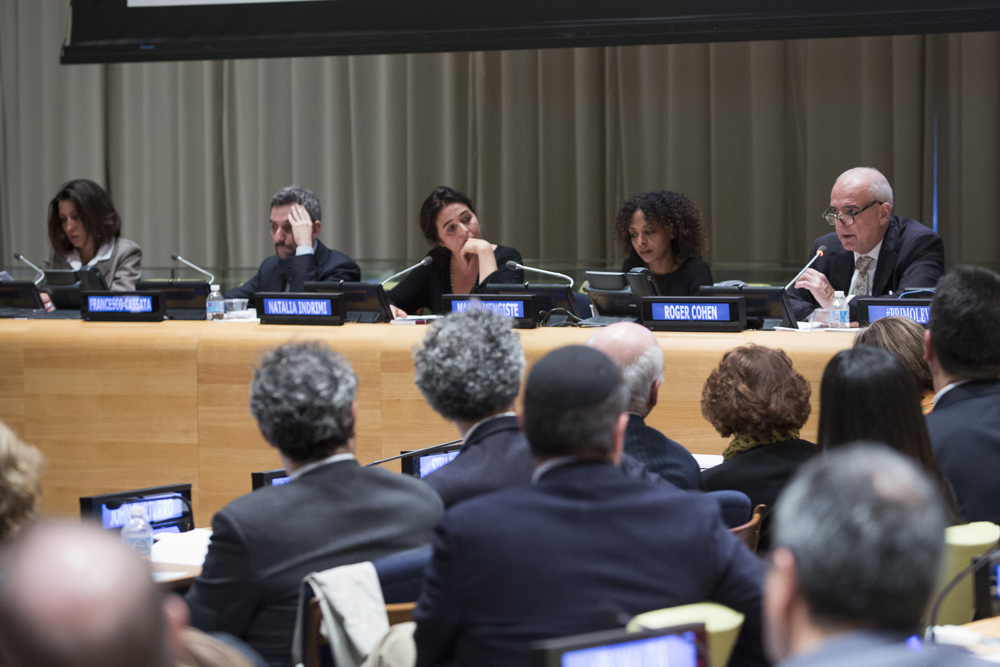 Francesco Cassata
Francesco Cassata is Assistant Professor of Contemporary History at the University of Genoa. He has published on the history of eugenics and scientific racism in Italy. He is a member of the History of Race and Eugenics Research Group (Oxford Brookes) and of the International Working Group on Lysenkoism (CUNY, NY). Professor Cassata is the author of Building the New Man. Eugenics, Racial Science and Genetics in Twentieth-Century Italy (CEU Press, 2011); The Struggle for Authority over Italian Genetics: the Ninth International Congress of Genetics in Bellagio, 1948-53, in B. Gausemeier, S. Müller-Wille, E. Ramsden (eds.), Human Heredity in the Twentieth Century (Pickering & Chatto, London, 2013). He recently published a long essay on Primo Levi titled Science Fiction? (Einaudi, 2016).

“Best Is Water” is a dystopian short story from the collection “Flaw of Form” published in 1971.

Ironically, referring in the title to Pindar’s Olympian Odes, Levi describes the devastating ecological collapse, inexplicably caused by an increasing viscosity of water.

To discuss the social role of science in Levi, science fiction is neither a minor nor an eccentric starting point. Levi’s SF was not a corollary, or a secondary and belated expression of his literary vocation. On the contrary, it sustained and accompanied his autobiographical, witness-bearing narration for forty years, from 1946 to 1986.

In Levi’s view, SF was a way to continue to reflect on Auschwitz within a broader framework, unrestricted by the limits – ethical and narrative – of bearing witness.

On several occasions, Levi highlighted the close correlation between his SF stories and the perception of a “flaw of form”, a “structural defect” in contemporary “civilization” and “moral universe,” closely connected with the memory of Auschwitz but in a way that was neither unambiguous, nor symbolic, nor intentional.

Starting with If This Is a Man, Levi described the universe of the concentration camp as a “world turned upside down”, a universe that was not irrational but had its own monstrous, upside-down logic and rationality. From this perspective, the cognitive estrangement of science fiction represented, in Levi’s view, a key for entering the paradoxical logic of the “world turned upside down,” to study its mechanisms and evaluate its possible future iteration, as well as to investigate in depth the ethical and political “bending” of science in the post-Auschwitz era.

For this reason, in February 1966, Levi defined his science fiction not as a diversion, but as a “return to reality”: Auschwitz was not only a universe immersed in the past and reactivated each time by memorial processes, but an ethical and cognitive prism through which the “bending” of 20th century rationality could be analyzed, and the “flaws” and “structural defects” of the present and the future detected.

In “Best Is Water”, the “flaw of form” corresponds to the ongoing ecological collapse, produced by human alteration of the biosphere. In this story, the vortex is a crucial metaphor, which encapsulates the past and the future; the sciences and the humanities; the memory of Auschwitz and the environmental crisis.

In October 1986, Levi wrote a famous autobiographical description, dominated by the vortex image: «I am an ordinary man with a good memory who fell into a vortex, who came out of it more by good fortune than by virtue, and who since that time has had a certain curiosity about vortexes, large and small, metaphoric and material.»

The story’s apocalyptical scenario focuses on a chemical problem – viscosity – with which Levi was very familiar. Measurements of the viscosity of paints pervade his laboratory notebooks. And when – in his book The Search for Roots: A Personal Anthology – Levi reveals his intellectual debt to Lucretius’ atomism, he quotes De Rerum Natura (On the Nature of Things), dealing precisely with the different fluidities of atoms.

Furthermore, at the end of the 1960s, the viscosity of water was a Cold War issue. In May 1970, “Scientific American” dedicated a long article to the so-called superdense water, the presumed Soviet discovery of a water polymer (“polywater”) fifteen times more viscous than normal water. Levi explicitly referred to this article as a source of inspiration for “Best Is Water”.

Thus, navigating between Pindar, Lucretius, his laboratory notebooks, and Cold War scientific controversies, in “Best Is Water” Levi constructs an apocalyptical micro-history, in which “evil,” the “anomaly,” extends along the water cycle, dramatically altering its equilibrium: from the rivers to the oceans, from rain to the earth, from vegetation to animals, all the way to humans. Humanity, deprived even of its lacrimal liquid, pays the penalty for its indifference to the environment.

And only at this point, implicitly, does Levi project the memory of Auschwitz – and of Europe’s blindness to Nazism – into the dystopian future, transforming it into a metaphor for ecological collapse: “Before we knew what was happening, we were ambushed by this evil, and now all of Europe is afflicted.”

Levi’s description of ecological collapse as a fracture of the biosphere’s homeostatic equilibria can be fully grasped by comparing “Best Is Water” with “Carbon”, the short story on the travel of a carbon atom which concludes The Periodic Table.

“Best is Water” and “Carbon” were written in the same years, between 1968 and 1970. This chronological correlation is neither insignificant nor merely formal. While, in “Best Is Water,” evil and death correspond to alterations of the water cycle, in “Carbon,” life is expressed through the anti-entropic course of the carbon cycle and the corresponding transformation of solar energy from light into heat.

But if life is, for Levi, an anti-entropic process, threatened by the human alteration of the ecological equilibria, how can we restore the planetary order and amend the “flaw of form”?

It would be inaccurate to consider Levi’s epistemology as anti-scientific and pessimistic along the lines of the Frankfurt School. On the contrary. In Levi’s view “wise technology” and ethically oriented scientific research “with intelligence, training and honesty” are capable to reestablish the global equilibrium. As Levi stated during a conference, in November 1976: «We are certainly in a critical phase and we are navigating treacherous waters: this is why the task awaiting those who apply science is formidable. Our survival is in their hands».

Levi’s dystopical catastrophes are ironic and conditional: «We’ll end up like this, unless we do something about it, but we have the means and the wisdom and the strength to prevent it.»

In conclusion, according to Levi, the relationship between science and ethics cannot be resolved in mechanical and univocal terms. Science has had a fundamental role in producing the gas chambers, the atomic bomb, and the environmental crisis. But only science and technology, guided by ethics, could repair the damage inflicted on the biosphere and on humanity.

It is a first hand testimony, in all its unique flavor and idiosyncratic detail, tracing the ark of a life that started in war torn Italy, continuing with an American…