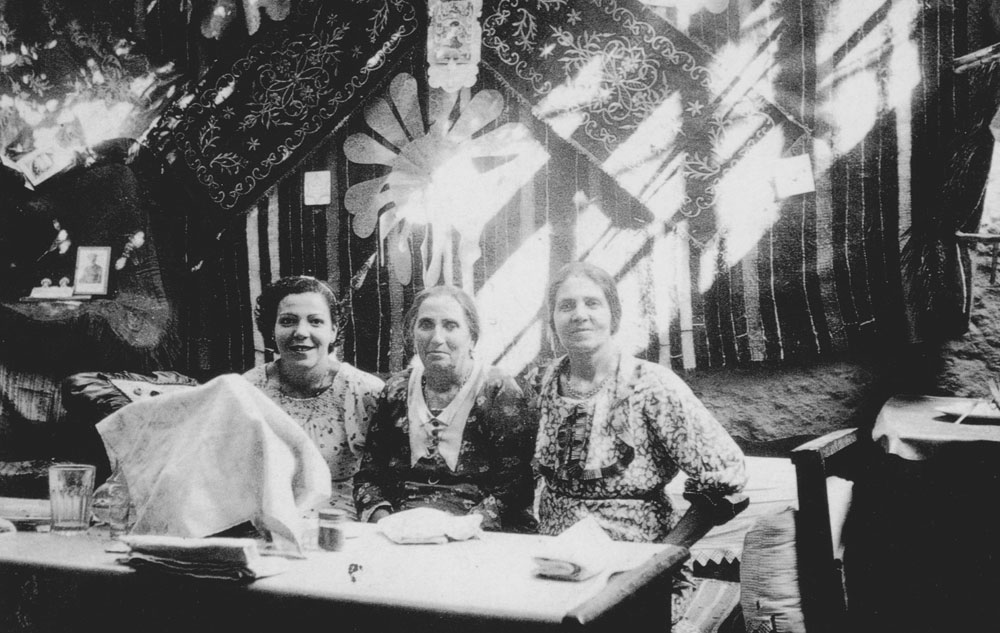 Stella Levi
Stella Levi is a board member of Centro Primo Levi. She delivered this speech in Rhodes on the 70th Anniversary of the deportation of the Jewish Community of Rhodes, July 23, 2014

Seventy years ago, on July 23, 1944, Jewish life on this Island of roses came to an end. Today we convene here in Kahal Shalom to mourn the interrupted and lost lives of so many and to remember with love and pride the Jewish community that inhabited the homes and streets of the Juderia of Rhodes.

Not long after the war, survivors of the Shoah and Rodeslis who had emigrated before to the Americas, to the Congo, to Rodesia, had grasped the enormity of their loss and came to terms with the notion that it was impossible to resurrect or reconstruct Jewish life here in Rhodes.

Of the almost 4500 Jews who lived on the island before 1938 and the Racial Laws decreed by Fascist Italy, only about 1900 were left in 1944, and one year later, after deportation, only a handful.  There were the Soriano family with Mr. Maurice Soriano as president, then the Sullam Modiano family, with Lucia taking care of the synagogue which she opened for the occasional visitors, and few other families which had recently come from mainland Greece.

Eventually, the expatriates began to come to Rhodes in a kind of pilgrimage, compelled by the force of memory and love: to remember  -“Zakhor” in Hebrew  -is a commandment in the Jewish tradition.

They came almost every summer with their families, children and grand children, with their in-laws and their friends. So after a while Rhodes became a meeting place for the Rodeslis, seeking to re-live even a page of their history.

I joined the others after an absence of 30 years, terrified of what I was about to find:  the streets empty of Jews, and mounds and mounds of rubble, where homes and synagogues once stood.

But we continued coming and we met in the lounges of the new hotels, reminiscing the best times of our youth, with the Hasson sisters and the Almelehs, Lena Cohen with her family, Sara Jerusalmi, Flor Dannon, Shmuel and Signoru Hasson, Salamon and Florence, Bella and Rene Angel, Jacenthe Menasce and all our people.  We cried, laughed, sang, and we remembered. I would walk the streets imagining the faces of all the people that lived behind the doors, now shut closed, where before were wide open.

The streets filled with the aromas of jasmine, tuberose, orange and lemon flowers. And especially the smell of aruda.

How many times did I stop in front of the boarded wooden doors of what once was the oven of Yaacov Gabriel? Now dead silence, where once one could hear the chatter of young women waiting for the borekas, bohios and roskas prepared by their mothers for the Shabat.

Undoubtedly, this island called by the ancient Greeks “The Bride of the Sun”, is one of the most beautiful in the eastern Mediterranean. Beside its beauty and history however, what were we longing for?

The answer  – for me at least  – came a few weeks ago, when my nephew Carl, who had just lost his mother, my sister Sara, called to ask why his mother, myself and so many others, continued to look for Rhodes everywhere and elsewhere.

What was this lost idyllic place that was so important? The houses crowding each other and often sharing walls; the cobble stone streets leading to the main square with its seahorses in the center, the beach front Mandraki and the harbor where so many times the outside world paid call with ships from all over; the beaches with the bluest sea where we loved to swim; the Rodini park where picnics were held under the shades of the trees; Monte Smith to salute the sunset, while admiring  the Greek antiquities; the girls and women sitting on the stoops;  singing the romansas they had brought with them from Spain.

Yes, it was all of this, but above all it was the people. The community of Jews, who mingled comfortably with Turks, Greeks, Italians and whoever else.  A community where everyone knew everyone else, where everyone was related in some way to everyone else (unless they chose not to be). Where my people became one, as we crowded the streets on wedding days, and all other festivities, especially during Purim at the Calle Ancha.

And when we grieved, we did not grieve alone. Yes it was all this and more, which slowly but surely we tried to hand down to the second and third generation: to Bella Restis, Aron Hasson, and to Carmen Cohen, who became a real Rodeslia, all working hard to restore this synagogue and the cemetery and build the museum.

Now Kahal Shalom resounds with chants of joy when the new Rodeslis come for each Bar and Bat Mitzvah and Bat Mizvah, weddings and of course the High Holidays.

I am glad to see this place come to life once more. Yet, for me this place continues to bring back memories that have become part of my very being.

I will never forget the emotions that the chanting from the synagogue, especially on Yom Kippur, arose  in me as a little girl, as  I made my place near my mother on the balcony. From up there —though we were not supposed to — I would look down at all the Cohanim, recognizing my cousin Nisso Cohen, solemnly ascending the Aron with their heads covered by the long tallitot. They implored divine mercy and blessings for the congregation: I still feel the same frissons going down and up my spine and I would ask my mother why do I feel like a wind going through my body. Her answer was: “It is the Shekhinah descending to earth”.

Only much, much later I came to know what that meant to me: it is the divine spark that brightens the heart of all humans, it is like when I am at peace with everyone and everyone is at peace with me and there is peace for all. Shalom.

The Erna Finci Viterbi Italian Chazanut Round Table A resource on Italian Jewish liturgy and music On February 14, 2016 Centro Primo Levi presented its new project dedicated to the…