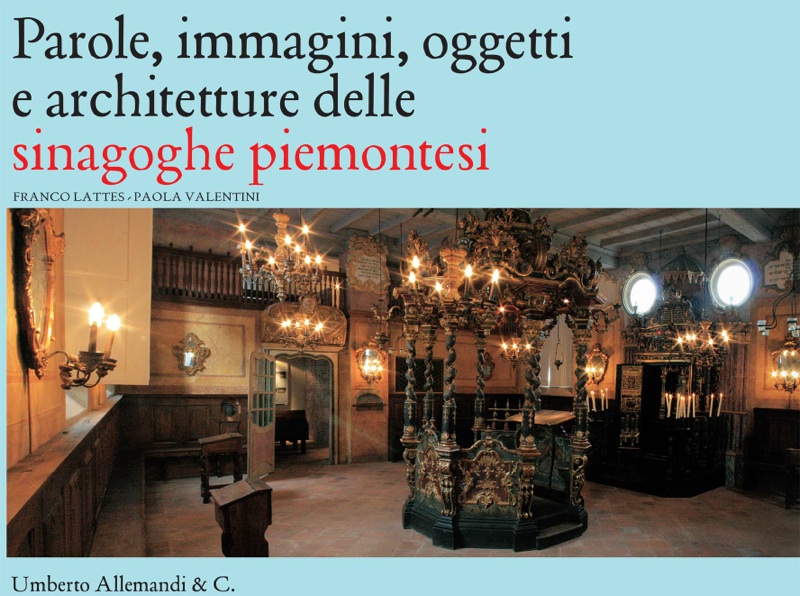 Born from the collaboration between the Jewish Community of Turin and one of the finest art publishers in Europe, Umberto Allemandi, this jewel of text and images vividly depicts  contemporary Jewish life in Piedmont and the extraordinary artistic and intellectual heritage that inspires it.

When, 150 years ago, Italy became a unified country, the Region of Piemonte was its center and the catalyst of its early development. As the oldest minority in Europe, Italian Jews held a high stake in a process that sanctioned their emancipation, and they actively participated in shaping the new national life. Since the 15th century, Piemonte had been home to a unique Jewish community rooted simultaneously in the Sephardic, Ashkenazic, and Italian traditions. In 1679, almost a century later than in the rest of the peninsula, a Savoy decree confined the Jews of the region to life in the ghettos.

Within closed walls, the Jews of Piemonte developed strategies of survival and learned to negotiate their rights. At the same time, a modern Jewish tradition flourished, splendidly reflected in the extraordinary trove of Piedmontese rabbinical and secular culture, as well as in architecture and the ornamental arts. Emancipation arrived with Napoleon, and the region’s Jews were eventually granted full rights, in 1848.

In 1861 Turin became the capital of Italy and a major link to central Europe. The city was a cosmopolitan cultural and financial center. The local Jewish middle class, which had been profoundly involved in the process of unification, immediately proved to be an indispensable component of Turin’s new political, economic, and cultural life.

The Fascist racial laws of July 1938, the deportation of 400 Piedmontese Jews, and the destruction of the Synagogue of Turin left an indelible scar in the Jewish community. But after the war the synogogue was reconstructed, and contemporary Jewish life continued to flourish.

Amid the composite mosaic of the Italian Jewish liturgy, the Jews of Asti, Fossano, and Moncalvo maintain a rite called APAM, which is rooted in the French-Provençal culture. Their traditional language, Judeo-Piedmontese, jokingly dubbed “Yiddish-Piedmontese,” has remained a treasure close to the hearts of many contemporary writers.

A multimedia Archive of the Jewish Community of Rome Memorie Ebraiche is an internet portal documenting the history of Roman Jewry since the liberation of the city in 1944. Through…