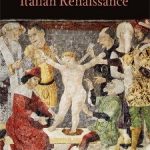 Dana Katz, The Jew in the Art of the Italian Renaissance, University of Pennsylvania Press, 2008

Renaissance Italy is often characterized as a place of unusual tolerance and privilege toward Jews. Unlike England, France, Germany, Spain, and Portugal, the princely courts of early modern Italy, particularly Urbino, Mantua, and Ferrara, offered economic and social prosperity to Jews. When anti-Jewish hostilities created civic tumult in this region, secular authorities promptly contained the violence.

Yet this written record tells only one part of the story. Pictures tell another. In The Jew in the Art of the Italian Renaissance, Dana E. Katz reveals how Renaissance paintings and sculpture became part of a policy of tolerance that deflected violence to a symbolic status. While rulers upheld toleration legislation governing Christian-Jewish relations, they simultaneously supported artistic commissions that perpetuated violence against Jews. The economic benefits Jewish toleration supplied never outweighed the animosity toward Jews’ participation in the Christian community.

Katz examines how particular forms of visual representation were used to punish Jews symbolically for alleged crimes against Christianity, including host desecration, deicide, and ritual murder. The production of such imagery testifies to the distinctive Jewry policies employed in the northern Italian princedoms, republican Florence, and imperial Trent. The book provides new insights into famous masterworks by Andrea Mantegna, Paolo Uccello, and others, placing these paintings within a larger discourse that incorporates non-canonical, provincial works of art.

A new enlarged edition of Gaetano Salvemini’s Carlo and Nello Rosselli, A memoir, curated by Marina Calloni, to be published by CPL Editions and Viella Edizioni.  Beyond the impulse to…