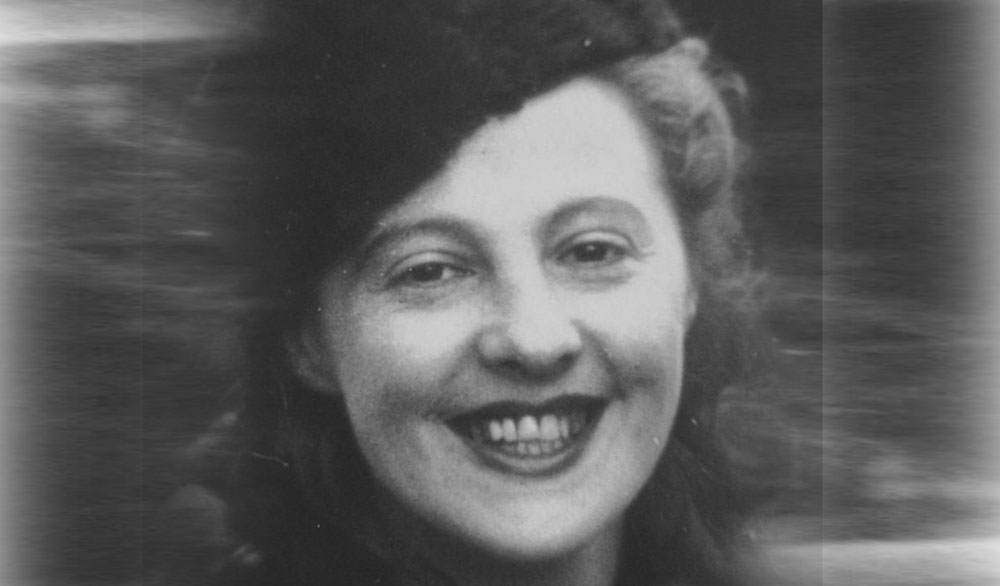 You see, it is as if we were crossing a bridge. Does one build a house on a bridge? Alba De Céspedes

The Second World War was still raging when, in the city of Rome recently freed by the Allied armies, Donatello De Luigi decided to start his own publishing house. Among his first titles was Maria Eisenstein’s diary, L’internata numero 6/Internee number 6, that went to press in October 1944, only a few months after the liberation of Rome.

Written with irony and flair, in Italian, the author’s second or third language, the book had very limited  circulation until 1994, when historian Carlo Spartaco Capogreco republished the book. He went on to work on second edition, with notes and a critical introduction, that came out in 2014.

In Fifty years, oblivion had enveloped the story of its author, the woman presented as “Internee n. 6”. The book’s epilogue contributed to obfuscate reality, stating that the manuscript had been found by chance in a hospital ward by an officer of the Allied Army. No one knew who Maria Eisenstein was, where she was from, and whether she had survived the deportations that swept away many Jews detained in Italian camps. No one knew how much chronicle and how much fiction was in her diary, nor where the concentration camp of L., the backdrop of the story, was located.

When Capogreco began his research, to his great surprise, he found nothing in her name at the Central State Archives, where all the files of “foreigners Jews” detained or interned in Italy are kept.

However, in the first post-war issue of the Jewish journal Israel, he found the announcement of a lecture on “incomprehension and antisemitism” given in the fall of 1944, in Rome by Maria  Eisenstein. This meant at least that a woman named Maria Eisenstein was living in Rome after the war. But was she the author of the diary?

Internment camps for civilians considered dangerous or suspect in the “war contingencies,” were planned in Italy well before the outbreak of World War II during the years 1933-1934. Fascism had already adopted the use of brutal civilian concentration since 1928 in Libya and had developed a large civilian internment system in remote areas of the peninsula. The order of arrest extended to all Jews who were not Italian citizens, had been stripped of Italian citizenship in 1938 or had become stateless following the implementation of racist policies in their countries of origin. It followed the 1938 order of expulsion of foreign Jews and placed some 4,000 people who had not been able to leave the country, in an indefinite juridic limbo.

The mass arrest was carried out with extraordinary efficiency in all Italian regions. It took families apart with no clear path to a solution and boasted the economies of the small towns selected for internment. During the first two years, internees struggled with overcrowding, poor and sometimes non-existent hygienic conditions, and the increasingly urgent lack of food. Starting in the summer of 1943, the Jewish internees faced a much graver danger: the deportation to the Nazi camps. When the armistice with the Allies was announced, Marshal Badoglio’s government did not evacuate promptly the foreign internees, nor repealed the Race Laws, placing the Jews in real danger of life at the mercy of the Germans and of the police of Mussolini’s revived government.

With few clues in his pocket, Capogreco managed to identify the camp described in the diary. It was located in Lanciano, Abruzzi. On his first trip to the city, he realized that the building that has housed the concentration camp and later a German prison stood abandoned and its story had been completely forgotten.

Nonetheless, his search bore results and lead to the discovery that Maria Eisenstein was, in fact, Maria Ludwika Moldauer and had married Samuel Eisenstein when they were both interned. This discovery enabled Capogreco to retrieve Maria’s police file and trace the story of her detention. She was arrested on June 17th, 1940, in Catania, Sicily, where she had followed her lover, Franco, an antifascist who – when she need him the most – abandoned her. After spending two weeks in jail, she arrived in the camp of Lanciano, joining 75 female foreign inmates, including English, French, Russian, Polish, and “Jewish.” Many of them had been separated from family members who were interned in other camps.

At the time of her arrest, Maria was 26. Of Polish Jewish descent, she had come to Italy from Vienna to study at the university in Florence. She graduated in literature with a dissertation titled “Style and Character of G. W. Goethe. Faustian researches”. In 1942, she was transferred briefly to the internment location of Guadiagrele where she married Romanian physician Samuel Eisenstein, also interned at the same location.

After the armistice of September 8th, Mussolini’s Italian Social Republic mandated the arrest of all Jews present in its territory. A national transit camp in Fossoli, was established along with several “provincial camps for Jews” – all fully integrated into the extermination plan.

Internees fled as way they could: going underground, joining other fugitives, or the ranks of the resistance. Some remained trapped and were eventually deported to Auschwitz.

Maria Moldauer’s police file ends at this point. Her life during the year before the liberation of Rome in the fall of 1944, remained a mystery, until the first reconstruction of Carlo Spartaco Capogreco published in 1994.

Continuing his research, Capogreco stumbled into a volume edited in 1966 by an American psychologist named Samuel Eisenstein. Could he be Maria’s husband? He wrote to his hospital in 1994 and found out that Samuel was indeed the man Maria had married in Guardiagrele. The two had divorced shortly after arriving in the US, and Samuel was not in touch with her. However, he agreed to meet the Italian historian and help him locate Maria. He also offered his account of their flight to freedom in 1943.

Upheaval followed the armistice, and Italy sank into chaos and the civil war. Maria and Samuel, along with other internees and people on the run of all backgrounds, took to the mountains hoping to cross the Sangro river and the Allied line. The woods surrounding the Sangro were swarmed by the Germans and the Fascist militia, fugitives, and local guides.

According to Capogreco’s reconstruction, in one of many makeshift shelters used by refugees waiting for a propitious time to cross the river, Maria Eisenstein met Alba de Céspedes, the thirty years old Italian-Cuban writer whose novel, Nessuno Torna Indietro, had become an international sensation in 1941. The two and their respective companions ended up traveling together to reach Bari, where the Allied forces and the transitional government had settled.

They arrived in Bari in December 1943. Maria and Samuel were hired as translators by the Allies Psychological Warfare Branch, while de Céspedes took charge of a radio broadcast by Radio Bari, “the first voice of Italian democracy.”

Maria and Alba became close during the months of militancy in counter-propaganda and relief. During this time spent in Bari and Naples, Alba conceived what would become one of the first cultural magazines in democratic Italy, Mercurio, and Maria edited her diary in literary form. They both arrived in Rome in the summer of 1944.

After the publication of Internee number 6, Maria became a contributor to Mercurio, frequented Rome’s “antifascist” literary circles, and worked for the Joint Distribution Committee. In 1948 she obtained a visa to the US and left Italy for good. As far as we know, her departure from the country whose language she had made hers and whose re-awakened cultural world seem to have embraced her promptly, left no ties even among her closest friends. She was soon forgotten.

Eisenstein’s daily chronicle of arrest and internment, her unapologetic depiction of what she calls “official” and “unofficial” abuse, fear, and despair, inevitably resonates with today’s debates on the detention of foreigners within the logic of national security.

Her experience cautions against the simplistic relativization of suffering and maltreatment and points to the possibility that the link between separation and elimination is, as Primo Levi suggested, a matter of time.

Time is also the primary element of Maria’s “suspended life” —“waiting for a resolution that will probably be negative and will end with my death”—she wrote. Her words, written before the war ended, foreshadow the difficulties we see today in understanding the nature, consequences and specificities of civilian detention. “What exactly was a concentration camp?” —She pondered in 1943— “We completely lack data and try to find a common denominator between the Isle of Man and Dachau …”.