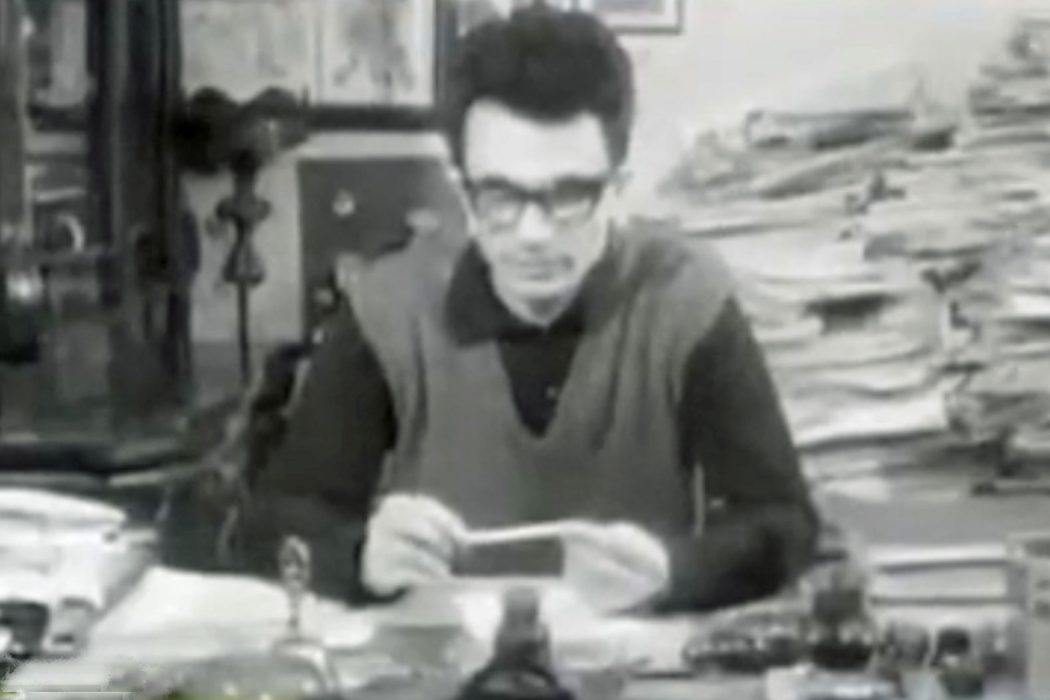 A modern anarchist outlines a new ecological horizon where man renounces the idea of primacy over other living beings. Imagination is his main instrument: when he puts it to work, scandal erupts.

Aldo Braibanti (1922-2014) fought in the antifascist resistance and, when the war was over, returned to his first passion: poetry. With a group of like-minded men, he built one of Italy’s first post-war artists communes at the torrione Farnese of Castell’Arquato. “At the tower, each of us was seeking a peaceful solitude which is the exact opposite of the solitude one suffers in modern cities… without the ambition to start artistic or cultural trends. The only common condition was a shared attitude toward organized religion, politics, and society.” The commune was a free laboratory for poetry, pottery, collage, philosophy, theater, and film. Youth from all walks of life, grown-up under the dictatorship, rediscovered the pleasure of learning without dogmas. They pursued the idea that the practice of art, ethics, and social relations could be the foundations for a new political/ecological conscience.

Braibanti is probably know to most for his activity during the antifascist Resistance and for the grotesque trial that, in 1968, lead to his incarceration.

His case became a symbol of the profound conflicts that, in post-war Italy, brew under the surface of political and cultural compromises. In court, everything was put on trial: poetry, music, anarchism, science, homosexuality, and the idea of disinterested human and intellectual relation that is central to Braibanti’s work.

This short collage pays tribute to Braibanti, attesting to bring to life the poetry, the love for nature, the inventiveness, and the skepticism for any movement that seeks to narrow down humanity to simple labels.

A video-collage by Alessandro Cassin and produced by Awen Films. With the participation of Helga Davis, Vít Hořejš and Luciano Chessa. Music by Silvano Bussotti, Maria Monti, Luca Balbo, Vittorio Gelmetti and Rombout Willems. In collaboration with the New York Public Library for the Performing Arts for the Carnegie Hall Festival “Voices of Hope”.

Per organo e voce recitante. With a poem by Aldo Braibanti
Luciano Chessa, Organ and voice

The Relationship between Jews and Christians. Toward a Redefinition of the Ghetto In Italy, during the past two decades, Jewish history has pervasively captured the attention of researchers – even…