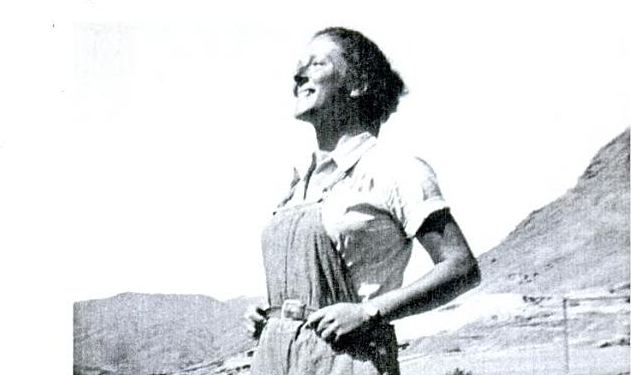 Italian Jewish Migration to Latin America, 1938-1945: An Overview by Annalisa Capristo at the Third Regional New York Latin American Jewish Studies Conference held in collaboration with the Americas Society and the CUNY Academy for the Humanities and Science

Annalisa Capristo
Annalisa Capristo is librarian at the Centro Studi Americani, Rome, Italy. Her work focuses on anti-Jewish persecution in Italy under Fascist rule, particularly against Jewish scholars. She has published extensively on the expulsion of Jewish intellectuals from Italian cultural institutions and activities in 1938. Among her publications there is the book L’espulsione degli ebrei dalle accademie italiane (Turin 2002) and several journal and book articles; in English, “The Exclusion of Jews from Italian Academies” (in Jews in Italy under Fascist and Nazi Rules, ed. By J. D. Zimmerman, Cambridge University Press 2005) and “Italian Intellectuals and the Exclusion of Their Jewish Colleagues from Universities and Academies,” just published in the special issue of Telos on “Italian Jews and Fascism” (164/Fall 2013). On the migration provoked by the enactment of Fascist racial laws in 1938 she published the essays “Arnaldo Momigliano e il mancato asilo negli USA (1938-1941): ‘I always hope that something will be found in America’” (Quaderni di Storia  no. 62, 2006) and “’Fare fagotto’: L’emigrazione intellettuale ebraica dall’Italia fascista dopo il 1938” (La Rassegna Mensile di Israel 77, no. 3, 2010).

After the promulgation of the Fascist anti-Semitic legislation, in the Fall of 1938, Latin America became a destination for many Jews residing in Italy.

The primary group of Jews seeking asylum included those who had acquired Italian citizenship after 1919, had been stripped of it by the Racial Laws and were subject to the expulsion decree expiring in March 1939.

However, also many Italian Jews decided to flee, having lost their professional positions and their assets, they were no longer allowed to study, work and could not guarantee a future to their families.

This wave of Italian exiles, along with that of the antifascist activists and intellectuals was somewhat “atypical” in the larger history of Italian emigration.

Coming for the most part from an educated and well-to-do middle class, these Italian exiles challenged the traditional image of the Southern Italian migrants from working class background, who escaped poverty and illiteracy.

At the same time the Italian Jewish exiles formed a diverse group from a religious and political viewpoint: it included committed anti-fascists, as well as people who had aligned themselves with fascism and others without any political involvement; likewise, there were religious Jews, agnostics, as well as converts to Catholicism, who on the basis of the racist-biological criteria of the laws were nonetheless considered to be “of the Jewish race.”

In this lecture Dr. Capristo will offer an overview of the Italian Jewish exile in Latin America delving into personal and intellectual stories of émigrés, particularly, those who decided to establish themselves in their new countries for good.

For information about the conference contact the Latin American Jewish Studies Association
LAJSA serves as a network for scholars who are working on related themes but who are geographically distant from one another. Members maintain contact with one another through membership directory, the listserv LAJSA-List and the semiannual Latin American Jewish Studies, which carries news of professional activities, critical reviews of new scholarly work, and current bibliography. Our members and subscribers include major research libraries as well as individual scholars and others with expertise in the field.