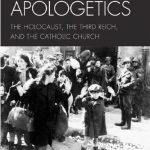 David Cymet
David Cymet, born and raised in Mexico City, traveled to the United States in 1944 as one of the first two Latin American students to study at an American rabbinical school. After four years at the Mesivta Torah Vodaath in Brooklyn, he returned to Mexico to study architecture, followed by an academic career teaching architecture at his alma mater, the National Polytechnic Institute of Mexico, and then at the National University of Mexico. He also served the Mexican government in various capacities from the 1950s through the 1970s, for example, in the National Housing Institute and in the Ministry of Human Settlements. In the 1980s he moved to the United States, where he began working for the New York City Department of Education in 1986, also earning a doctorate at the University of Delaware in 1991. Described in his author’s note as “a student of the Holocaust since his earliest youth,” Cymet spent the first decade of the twenty-first century – presumably retired from his multiple careers – researching and writing this book.
“This work is bound to be controversial and will be attacked by those forces within the Church that have lobbied to beatify Pope Pius XII and thus satisfy the debate over his role before, during, and after the Shoah. History vs. Apologetics is not easy reading, perhaps because it is essential reading. The case is detailed and specific. With voluminous research and detailed documentation, David Cymet has laid out the case against the Vatican, from initialing the Concordat in 1933 that granted Hitler and the new Nazi regime much needed legitimacy, to its actions during the Shoah, which included a refusal to condemn the ‘Final Solution.’ Cymet also goes on to discuss the postwar efforts to create an escape route of Nazi war criminals to Latin America, the refusal to return Jewish children to their people and their faith, and the special pleadings on behalf of the Nazis who were tried and convicted. The nature of the response to this important work will tell us much about how far we have come and how far we must go.”ùMichael Berenbaum, director, Sigi Ziering Institute, American Jewish University

The way our societies confront the plight of the millions of refugees from various areas of the world escaping famine, ethnic, religious and political persecution, hopelessness and war, will be…