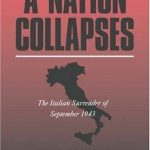 Elena Agarossi
Elena Agarossi is professor of contemporary history at the Scuola Superiore di Pubblica Amministrazione in Rome and member of the Wilson Center European Alumni Association. She is the author of Operation Sunrise: The Secret Surrender (1979) and Stalin and Togliatti: Itay and the Origin of the Cold War (1977-2011).

“This work is bound to be controversial and will be attacked by those forces within the Church that have lobbied to beatify Pope Pius XII and thus satisfy the debate over his role before, during, and after the Shoah. History vs. Apologetics is not easy reading, perhaps because it is essential reading. The case is detailed and specific. With voluminous research and detailed documentation, David Cymet has laid out the case against the Vatican, from initialing the Concordat in 1933 that granted Hitler and the new Nazi regime much needed legitimacy, to its actions during the Shoah, which included a refusal to condemn the ‘Final Solution.’ Cymet also goes on to discuss the postwar efforts to create an escape route of Nazi war criminals to Latin America, the refusal to return Jewish children to their people and their faith, and the special pleadings on behalf of the Nazis who were tried and convicted. The nature of the response to this important work will tell us much about how far we have come and how far we must go.”ùMichael Berenbaum, director, Sigi Ziering Institute, American Jewish University