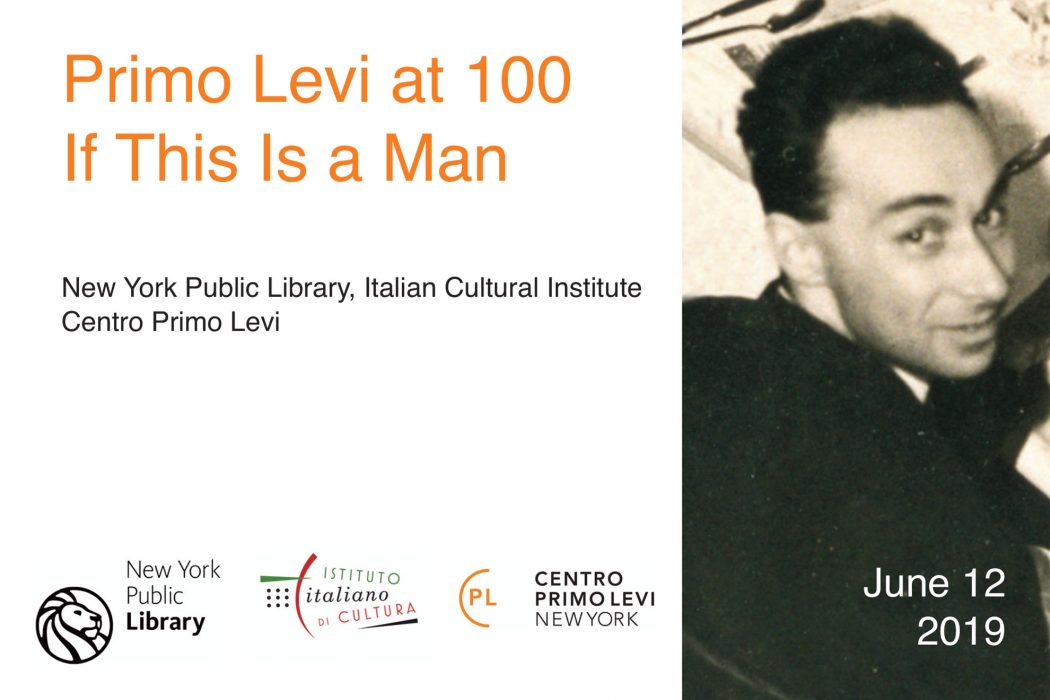 The Italian Cultural Institute, Centro Primo Levi and the New York Public Library presented a day-long multi language reading of Primo Levi’s memoir If This Is a Man.

The question of language pervades Primo Levi’s work in its entirety. The “Babel of languages” in which humanity can no longer communicate and becomes isolated and “deaf” is the image that Levi uses to describe the process of dehumanization in the camp. Babel, however, is also the “cheerful confusion of all beginnings” narrated in The Truce, where all the people of Europe rediscover life in often comic attempts to communicate in “languages never heard before”.
Language lacks the words to express the offence perpetrated by mankind to mankind in Auschwitz. Yet it is language, one language, the indispensable asset that allows survival in the camp. Having thought that Esperanto may be the clever way to overcome linguistic divisions bringing together a little bit of every European language, Levi eventually pondered the fact that millions of Chinese people do not share any of those European pieces with which Esperanto is constructed. Each translation of his books delighted Levi and so did the translations he made of other authors including Kafka, Lévi-Strauss and Heine. In an interview he said that if one does not know other languages, one cannot truly know his own. Then, he admiringly let his fictional character Faussone speak “poorly many languages, even a little Arabic and, just as poorly his native Italian”. Levi often played with words, with their etymology and the strange ways in which they are transformed across languages. A self-declared son of Western culture as expressed by Italian, German, French and English literature, Levi was an enthusiast observer of minority cultures including Yiddish, and lovingly documented the Piemontese and Judeo-Piemontese dialects, which had hardly any known literature and only a handful of people understood.
Levi’s reflections on language raised questions and contradictions which he did not attempt to smoothen into a coherent form. They offer a glimpse of the tensions and struggles that he faced in his dialogue with the society that created Auschwitz, in which he continued to live and whose essential flaws and ruptures he never ceased to explore and question

The Hebrew Book in Italy